Liverpool is a City known for many things from music to culture, night life and football. When visiting Liverpool, there are many well known things to do, such as The Beatles Story and Anfield football stadium. Whether visiting with your family, partner or friends, a sight seeing trip of the City is something you must do and here are the top places you should go!

The Royal Albert Dock is possibly the most well known area in the City, due to it’s vast history and current thriving food and drink scene.

The Albert Dock was established in 1846 and was the first structure in Britain to be built without structural wood, it was built from just cast iron, brick and stone, making it the first non-combustible warehouse in the world. The Albert Docks first title.

From then onwards, the Albert Dock was one of the busiest in the world for items such as Brandy, Cotton, tea, Silk, Tobacco, Ivory and Sugar. However within 50 years of the Albert Docks opening, bigger and more advanced docks opened. During WWII, specifically the 1941 bombings, the Albert Dock was pretty much destroyed and due to the financial requirements needed to rebuild it, the owners decided to abandon the docks and they were left that way until redevelopment began in 1981.

Since the redevelopment of the docks, it has become home to some of Liverpool’s most popular tourist attractions, from the TATE art gallery to a huge variety of bars and restaurants.

Liverpool is lucky enough to be home to two Cathedrals, both Anglican and Catholic. We will begin with the Anglican which reigns over one side of Hope Street and is the largest Cathedral in Britain and the fifth largest cathedral in the world.

The cathedral is built from sandstone which was quarried from Woolton, a borough in Liverpool. You can’t miss the giant pink/orange tinted building.

The Cathedral is often home to some amazing exhibitions such as a 23ft replica of the moon created by Luke Jerram who used details from NASA imagery to create the masterpiece. In 2021 the cathedral opened the Peace Doves exhibition which features 18,000 paper doves suspended on 15.5 miles of ribbon. Both of these installations became insta-famous very quickly with people using them as backdrops to their photos.

3. Museums (we couldn’t just pick one)

Before we go in to detail about our favourite museums, here is a handy list of the museums in Liverpool City Centre:

Whether it’s an interest in general world history, you’ve got a taste for music or specifically the Beatles, we have a museum that is destined to educate you further!

Like our cathedrals, Liverpool is lucky enough to be home to two football teams, Liverpool FC and Everton FC. There is a competitive rivalry between the two teams but they are also one of the things that bring the City so close together.

Both of the Football grounds are a great sight seeing destination when you’re in the City – just don’t let an Everton fan see you in the Liverpool grounds!

On the opposite end of Hope Street, you’ll find the metropolitan cathedral, otherwise known as Paddy’s Wigwam. Building commenced in 1962 and was completed in 1967 and was designed by Frederick Gibberd who actually won a competition to complete the build.

It was decided Liverpool needed a Catholic cathedral due to the number of Irish people who fled to Liverpool during the potato famine. You can read about the history of the cathedral and admire it’s vast domed ceiling as you take a tour.

Made famous by the aptly named Beatles song, ‘Strawberry Fields’ which was written by John Lennon who lived in the area of Woolton at the time and reminisced in the song about playing on the property.

Unknown to many, Strawberry Fields was actually a Salvation Army children’s home until 1973 when the house was removed due to structural problems and replaced with purpose built units. It was then opened to the public for the first time in 2019.

You can now visit the famous grounds where John Lennon used to play.

From tired and rundown to becoming known as the Creative district of the City. In around 2012, the redevelopment of Baltic Triangle began to start housing some of the cities creative companies. Since then it has grown exponentially and is now one of the busiest and most popular areas in the City due to the vast variety of bars and restaurants that have taken to the area.

In 2013, Camp and Furnace, on of the areas best known bars, was named by the The Times as one of the coolest restaurants and it has only got cooler since. With additions such as the likes of Baltic Market, an indoor food and drink market and The Baltic Hotel, the latest addition in 2021 and only hotel in the area.

Liverpool’s China Town is the oldest Chinese community in Europe and was established in 1834. Due to the large dock located in Liverpool and many other similar landmarks such as our three graces, Sefton Park and Liverpool Cathedral, Liverpool and Shang Hai are commonly known as twin cities due to the similarities between their iconic buildings.

Chinatown is now home to multiple Chinese restaurants and the infamous Chinese Arch which was built in 2000 and is the largest multiple span arch outside of China. A must see location when visiting Liverpool!

Similarly to our museums and football grounds, we are lucky to be home to more than one art gallery:

There are many other galleries located around the City but these are the most commonly visited in the city centre.

If you’re a fan of 18th century art and sculptures, head for the Walker Art Gallery, which is luckily located next door to the World Museum so you can have a full day of soaking up historic culture.

We have something for everyone’s taste!

Possibly the most famous historic landmarks in Liverpool are the iconic three graces. They have been referred to as one of the most iconic skylines in Britain; The Cunard Building, The Port of Liverpool Building and of course, The Liver Building.

The Cunard Building was the headquarters for the Cunard line of ships from 1917, after the cruise liner company outgrew its previous offices which were also located in Liverpool. Due to the fast growth of cruise liners, they quickly outgrew the Liverpool docks and the Cunard head office had to be relocated.

Since then, the Cunard houses a number of offices and also the British Music Experience – a music museum that explores the origins and history of British Music.

The Liver Building is the most recognised landmark in the City due to the two aptly named Liver Birds that sit on top of the building. The story behind the two birds is that each faces in opposite directions; one of the City and one over the sea, both the keep a watch over those areas. People said if the birds were to fly away, the city would not exist – but we think that is just an old wives tale!

The building was established to be used by the Royal Liver Assurance group who cared for locals who had lost a wage-earning relative but is now home to the like of the Mayor of the City who’s offices are located in the building.

The Liver Experience is a recent addition which allows you to tour the building from the ground floor to the 15th floor were you can enjoy 360° views of the city and it’s skyline.

The Georgian Quarter was one of the first established areas of Liverpool and was inhabited by the wealthiest people in the City from the 18th century. The houses are traditional Georgian style, including basements, up to three floors and an attic. The houses themselves are a sightseeing opportunity in Liverpool and are typical to those you would see in the rich areas of London such as Chelsea.

Not only does the Georgian quarter have these beautiful homes, it is also where both of the Cathedrals are situated.

In recent years, the Georgia quarter has become a bustling area with some of Liverpool’s finest restaurants such as the London Carriage Works and The Arts School.

The Mersey Ferry route has been used since as early as the 12th century to carry cargo across the river.

It is also well known due to the song by Gerry and the Peacemakers which you’ll be sure to hear when aboard the ferry.

There you have it, our favourite traditional sight seeing locations in Liverpool. All within walking distance of the City Centre, spread your sightseeing trip across a weekend or cram it all in to a day – whatever you decide to do, you’ll walk away wishing Liverpool was your home town! 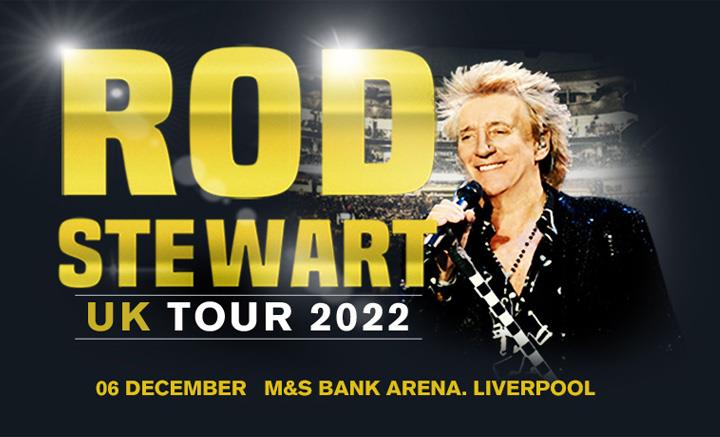 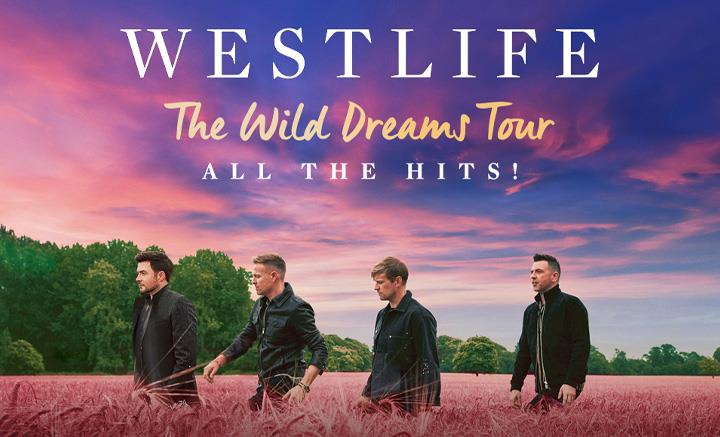 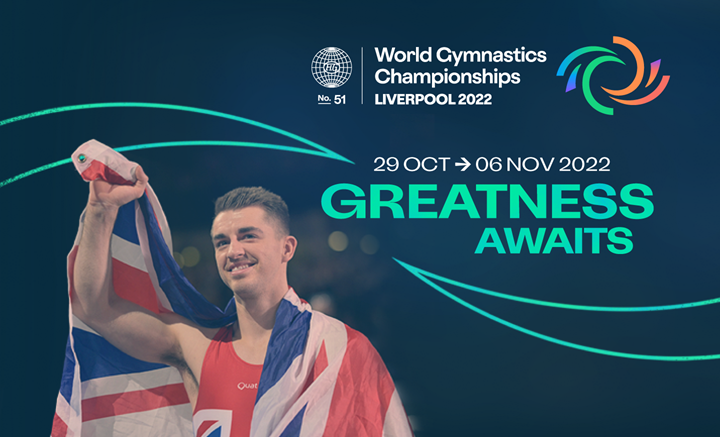 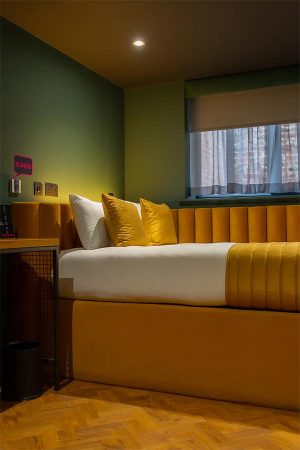